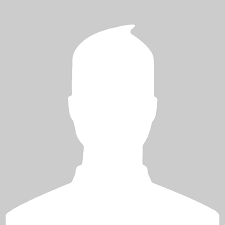 Mr. Diaz was born in Havana, Cuba and is currently a resident of Dade County, Florida. He holds a Masters Degree from Columbia University and a B.A. from St. Francis College, in New York City.

At present, Guarione M. Diaz is President Emeritus of the Cuban American National Council, Inc. (CNC), a private nonprofit organization involved since 1972 in policy analysis, leadership development, education, employment, housing, healthcare, financial literacy, and community development. The Cuban American National Council is based in Miami-Dade County, Florida and has regional offices in Washington, DC; and Union City, NJ. CNC serves 5,000 individuals yearly, has a professional staff of 47, and is governed by a Board of Directors from various states who are elected annually. Mr. Diaz was President of CNC from 1978 to 2012.

As CEO, Mr. Diaz’ responsibilities at the Council included the setting of operational policy, direction and administration of agency programs, and participation in national activities affecting Cubans, Hispanics and other minorities.

Before establishing residence in Miami, he held management positions at New York City’s Department of Employment and the Community Development Agency.

Since his relocation in the Greater Miami area in 1978, Mr. Diaz has been actively involved in many community organizations. He has served on the Board of Directors of Children Have All Rights: Legal, Educational, Emotional (CHARLEE); HACR; National Association for the Hispanic Elderly; National Council of La Raza; The National Hispanic Leadership Agenda; The Florida Commission on Education Reform and Accountability; the National Hispana Leadership Institute; and on the advisory committees of the U.S. Census; Burger King; and Verizon. More recently, Mr. Diaz was appointed to the Comcast/NBCUniversal Joint Diversity Council; and Nielsen Joint Advisory Council.

In 1994, he was appointed as United States Ombudsman/Civilian Liaison at our naval base in Guantanamo, Cuba, where he assisted over thirty thousand (30,000) Cuban rafters and 15,000 Haitians interned in camps and provided coordination among the U.S. military, and civilian government agencies, the media, and the public at large.

In the last decade, Mr. Diaz has authored a book on Cuban Americans, edited a textbook on the social and physical geography of Puerto Rico, and written over thirty research and policy papers, as well as dozens of articles for newspapers and magazines.

He is married to the former Teresita Otazo, has two daughters, Cristina and Susana; and two grandchildren, Elisa and William.